At the age of just 18, and fresh into university, the writer and broadcaster Mark Dowd was put on the spot by one of his fellow students: “If you believe in a loving God, how come your God lets babies die of leukaemia?”

It’s a question which Mark, who was brought up a Catholic, has wrestled with ever since. In 2004, after the Indian Ocean tsunami, it led him on an epic journey through Asia and to the Vatican in search of answers.

Have you ever wondered how a loving and all-powerful God can allow his creatures to suffer? Then this podcast is for you. Released to mark the beginning of Lent, it offers no easy answers – but Mark provides some fresh perspectives which are both insightful and thought-provoking.

The full text of this podcast can be found here. 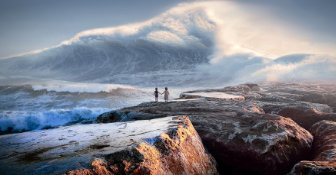