A senior judge calls Muslim preacher Abu Qatada ‘a truly dangerous individual’, yet still we cannot insist that he is exported and tried in his home country…

[Image courtesy of :Dar via Flickrr.com©©]

Islamist preacher Abu Qatada is described by a senior immigration judge who has scrutinised the evidence against him as being “at the centre in the UK of terrorist activities associated with Al Qaeda… a truly dangerous individual,” he added.

That seems pretty unequivocal. And yet, Abu Qatada could soon be released onto our streets.

We’ve been trying for a decade now to put this threat to our well-being on a plane. Jordan wants him for terrorist crimes, and we’ve spent a lot of time persuading Jordan not to torture him. The Jordanian authorities have agreed. The European Court of Human Rights agrees that Jordan has agreed. Our own Supreme Court believes Abu Qatada can, at last, be sent packing - his human rights intact.

So it’s goodbye then?

Er, no. Judges in Strasbourg are worried he might still face an unfair trial, since evidence against him - from others – is said to have been extracted under torture.

So, in matters of national security, British ministers, our security services – even the highest court in the land – have been shown up as impotent.

The Islamist preacher is currently in a high security jail. He has already cost taxpayers a fortune in benefits, as well as prison and legal fees. Now he could soon be freed to carry on living here - on benefits, naturally - while we pay for security officials to monitor him around the clock. He’ll be with his wife and five children, who are reported to be living a comfortable life in a large London house.

A financial axe hovers over our Armed Forces – yet, it seems, millions of pounds will be spent to protect a man assessed by those who have studied the evidence as a threat to national security!

Remember, this is a man who came to this country on a fake passport, and whose hate-filled Jihadi preachings – inciting Muslims against “non-believers” - were found in the flat of the lead 9/11 bomber.

It’s a situation you couldn’t make up...

How are we supposed to ensure that foreign terrorist suspects are tried in their home countries, according to UK standards? This story gives us the answer - we can’t.

But there is a much more fundamental point...

We gave sanctuary to this man nearly 20 years ago because he claimed he had been tortured in his native Jordan. We gave him the benefit of the doubt and allowed him to stay.

When the authorities here decided that he’d become a threat, we quite naturally wanted him to leave. Are we not entitled to be given that same benefit of the doubt, and insist he goes? Apparently not. 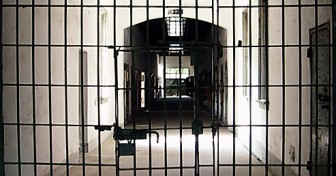 Ramadan: In Conversation With Baroness Warsi