To worry about our NHS medical records being handed over to drug companies is not naive left-wing rights rhetoric. We need reassuring that ‘we’re not going to end up as lab rats’.

[Image courtesy of Images_of_money via Flickr.com ©©]

The Agitator on the Big Pharma

I suppose I’m lucky that what’s written about me down on my GP’s computer is pretty thin. I doubt the details of my verruca treatment in 1995 will ramp up the Glaxo Smithkline share price in the coming months. But my NHS medical records, like yours, are going to be made freely available to the drug companies as part of a package of government measures designed to help and stimulate the UK’s pharmaceutical businesses. In that sense, we have all been made unpaid auxiliaries of the life science industry.

That industry is one of the few in this country with pretensions to be a world leader. It turns over £20 billion a year and employs 160,000 people. But it has been under pressure recently, with patents on old drugs running out, few new blockbuster treatments coming up and increased competition from countries like India. The economic case for government help is pretty strong.

Not as strong as the medical case, according to scientists. The NHS has cradle-to-grave information on 60 million or more of us – an extraordinary treasure trove of data that can be mined to find out more about diseases, the efficacy of treatments, and the occurrence of side effects. They say the records will be made anonymous and aggregated in such a way as to prevent individuals being identified.

But critics are calling it the end of medical confidentiality. They say the NHS is far too casual about patient information already; that when you have postcode and age information being handed over it will not take much to match individuals with their records. They see it as invading your privacy for somebody else’s profit – and they ask what’s happened to the principle of informed consent if information about you is used for research of which you don’t approve.

It’s easy to dismiss these quibbles as left-wing rights rhetoric – a naïve position driven by a hatred of business, and a blind disregard for the role of profit in producing medical advances.

But there are big issues here, some moral, some financial, some in the small print.

If this data is going to be of such a benefit to the pharmaceutical businesses oughtn’t we to get something in return – perhaps some reduction in the price the NHS has to pay for drugs?

And, buried in the detail, is the “assumption” that “patients are content to be approached about research studies for which they may be eligible” so they can decide whether they want to be involved in a research study.

It’s difficult, though not necessarily impossible, to reconcile that with the supposedly overriding principle of anonymity. I wouldn’t mind..but then I only have verrucas to worry about, not inheritable diseases or psychiatric problems.

On balance, the potential gains surely outweigh the drawbacks but we are still going to need reassuring that we’re not going to end up as lab rats for Big Pharma. 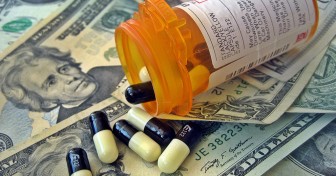 TREVOR BARNES: WHY WE SHOULD BE ON OUR GUARD

ASSISTED DYING: DIGNITY IN DEATH OR AN ANTI-LIFE CULTURE?