The News of the World became the biggest-selling newspaper by printing as much sordid detail of people’s private lives as it could grub up and get away with. But, remember, ‘we loved it’.

The News of the World stank of hypocrisy all its long, immensely profitable and irredeemably vulgar life. It’s fitting that what amounts to the post mortem on the paper, the Levenson Inquiry into Press standards which got under way this week, looks like a kind of hypocrisy Olympics; a pity, because there are really important issues here that need addressing.

The News of the World became the biggest selling newspaper in the world by printing as much sordid detail of people’s private lives as it could grub up and get away with. This was dispensed in tones of, transparently self-serving and utterly bogus, moral censure. We loved it. At the apex of its fortunes in the 50s it sold 8 million copies At the time of its demise when, God knows, we’re saturated with proper pornography, it was still the biggest selling Sunday newspaper. I read it, occasionally, myself- disapprovingly, of course, and only because it had become a British institution, naturally. We’re all hypocrites.

Hacking into people’s phones sometimes seems the least of its “crimes”. It is illegal, certainly, and the idea of hacking into Milly Dowler’s phone after she was murdered is particularly abhorrent. But many of the targets were the kind of third rate, so-called “celebs” who are normally only too anxious to lay the details of their lives bare in the hope of being noticed. That Max Clifford -whose ability to monetize the willingness of tarts to rat on the famous makes his position in this morally complex, to say the least - should get a million pounds to compensate him for this technical invasion of his privacy may be justice, but not as we know it, Jim.

The barrister, being paid to put the best gloss on the News of the World at the inquiry, said the hacking was “wrong, shameful and shouldn’t have happened”. A Reverend Father caught in fornication couldn’t have been more contrite. But the papers are on the run, with politicians, many of whom who have so recently been caught by the press with their hands in the till, in full, hypocritical, cry.

Here’s what’s important. Self-regulation clearly doesn’t work; the Press Complaints Commission has no sanctions to impose. But external regulation, with teeth, will seriously compromise the freedom of the press. Why don’t we accept it’s the Fourth Estate’s role to be mischievous? You don’t have to buy prurience or propaganda. Grow up. Have you tried the Church Times or the Economist?

Here’s what’s really important. Newspapers are dying. Circulation and advertising revenue are both falling off a cliff. They can’t seem to make money on the web. The struggle for survival is making them ever more trivial, superficial and – yes- dishonest. Broadcasting isn’t that much better off. The internet’s no substitute for either.

How can democracy work without detailed, serious reporting and informed debate? What use is a vote if you don’t know what’s going on?

Hypocrisy’s the least of our problems. 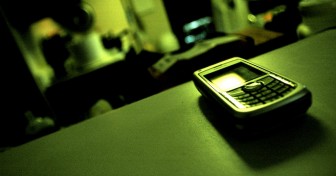