We’ve got ourselves into a mess over human rights, says Michael Buerk, especially those enshrined in law.  Human rights are not god-given. Human rights don’t come from some natural law. They’re not absolute, or inalienable. They’re qualified, subjective, and fashionable. And they change all the time.

[Image courtesy of Yoshiffles via Flickr.com ©©]

We’ve got ourselves into a mess over human rights – a concept that sounds so life-affirming and progressive, but, enshrined in law , keeps throwing up cases that look either laughable or dangerous. So much so, both the Prime Minister and the Home Secretary want to get rid of the Human Rights Act, which incorporates the European Convention on Human Rights into English Law.

A lot of nonsense is being said on both sides of this argument. Rights are not God-given; if you believe in Him you’ll know his Ten Commandments are about what you can’t do, not what you can. Religion is about responsibilities not rights.Human rights don’t come from some “natural law” – that idea was dreamt up by stroppy 18th century French intellectuals to justify their rebellion against an absolute monarchy and clothe it in – only slightly less bogus - virtue. They are not absolute, or “inalienable”. On the contrary, they’re qualified, subjective and fashionable. And, boy, do they change.

America’s Bill of Rights – that great hymn to liberty – was inspired and drafted by, two of the biggest slaveowners in Virginia. It did not, of course apply to blacks or, incidentally, women. The European Convention – so hated by some Tory ministers and the Daily Mail- was largely the work of a double-barrelled Tory Home Secretary, who was keen on hanging.

In the recent “catgate” controversy, the cat made all the headlines but the “family life”, the right to which is keeping an illegal Bolivian immigrant in this country, is actually a homosexual relationship which, well within my lifetime, wouldn’t have been a right, but a crime. Times, and rights, change.

It seems to me there’s a difference between negative rights –the right not to have something happen to you, torture, death, false imprisonment – and positive rights – the right to a home, a holiday, a defined level of income..The latter shouldn’t be “human rights” at all. Few, if any, of the former are inalienable. I may think the right to life is absolute, but if opinion polls on the death penalty are to be believed, I am in a minority.

The case for core human rights, though, is strong. You don’t have to be religious to recognise moral value in regarding the humanity of each individual as unique and valuable. And it is surely a good thing to have an overarching statement of that principle against which to test the implementation of other laws.

And if you look closely at the more egregious cases they are often more about administrative incompetence - the Iraqi hit and run driver should have been deported years ago long before he established his British family.

And that police force which wouldn’t release the pictures of two escaped murderers because it would have invaded their privacy –that’s just idiotic timidity.

So, we need human rights. But fewer of them, more tightly defined, and more sensibly balanced with our other laws. Deport foreign criminals. Let Thomas the Tank Engine advertise for a portly bloke as Fat Controller (there are plenty of jobs for thin women). And always remember - democracy is no bar to tyranny. 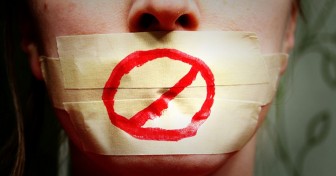 A – Z of Things Unseen: J is for Journalism

A-Z of Things Unseen: H is for History

A-Z of Things Unseen: D is for Doubt