Nearly one in five women in the UK now reach their 40s without having children. Among them was the writer and teacher Blanche Girouard, and she desperately wanted a baby. So she decided to freeze her eggs and find an anonymous donor.

Not long before Christmas 2019, an embryo was implanted in her womb. This Christmas edition of Things Unseen is based on the audio diary Blanche kept during her lockdown pregnancy, charting the bumpy road from the decision to go it alone, via physical and emotional anguish, to holding her “wonder of wonders” in her arms a year later.

Along the way, Blanche reflects on what it means to have a donor baby on her own, including how – as a Christian – she deals with the ethical dimension of donor IVF. She hears from the donor father (who has written a life-affirming letter to his future child), worries about her scans, watches her bump moving in the bath, tries to do what she can to avoid a caesarean, and eventually gives birth naturally.

Blanche’s diary offers intimate impressions of what pregnancy and childbirth really mean – the kinds of things which are usually glossed over in retellings of the nativity story. And yes, we’ll be there with Blanche in the delivery room!

The podcast will strike a chord with anyone who has wished for a child and not been able to have one, for any reason – but the wonder and hope of a new baby which is so central to Christmas will shine through for all. 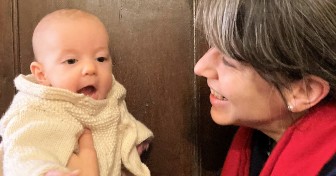