He is suspicious of organised religion, has a penchant for creating award-winning plots featuring con artists, and is perhaps best known for the surprises and shocks that have fueled EastEnders cliff-hanger moments. With all that, Tony Jordan would not have seemed the most obvious choice when the BBC needed a scriptwriter to adapt the story of the birth of Jesus. But pick him they did, and in 2010 his drama, The Nativity, was shown on BBC1. An intimate portrayal of the pivotal figures in the Christmas story, the drama went on to win television’s most prestigious religious prize.

During his research for The Nativity, the differing gospel accounts of Christ’s birth and the often conflicting views of Biblical scholars all seemed to confirm his initial skepticism. However, when he came to writing his script he believed the story had “truth in its DNA”.

Reluctant to describe himself as a person of faith, but believing that “there’s something”, Tony speaks to The Telegraph’s Women’s Editor, Emma Barnett, about his admiration for Jesus’ teachings and how criticism of the Christian stalwart in EastEnders, Dot Cotton, can reveal the limitations of Christians. 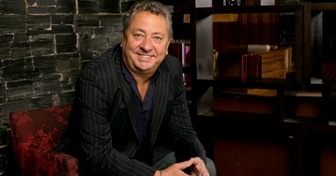