To mark the launch of Things Unseen, CTVC commissioned a piece of original research from the think tank Theos to examine patters of spiritual belief in Britain.

The results showed that spiritual beliefs are not the preserve of the ‘religious’, but are also found among a substantial proportion of those who do not define themselves as religious. For example

In all, the research confirmed that the British have not become a nation of atheists or materialists. A spiritual current runs as, if not more, powerfully through the nation than it once did.

For full results please take a look at the Theos report here: bit.ly/19Tn4pg. 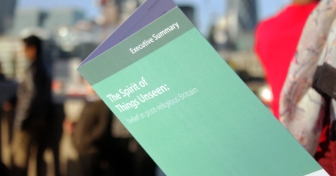