He is America’s best-known medical doctor, and his name a multi-million dollar brand: Dr Andrew Weil, who was once named by Time Magazine as one of the world’s 100 most influential people.

A graduate of the prestigious Harvard Medical School, he is also a fierce critic of conventional medicine – the kind that relies on costly high tech interventions and drugs alone, focusing exclusively on the body and neglecting the role the mind and spirit play in maintaining and restoring health.

Inspired by Buddhist philosophy, holistic approaches and alternative medical systems like those found in China and India, he has attempted to re-unite mind-spirit focused understandings of medicine with the more conventional, scientific kind.

Dr Andrew Weil calls his model “integrative medicine.” One of his critics has called him a “snake oil salesman.” Jane Little has visited him in Tucson, Arizona, to find out what exactly he means by Mind Body Spirit medicine and how he answers his many critics. 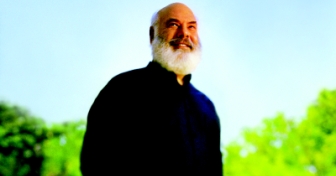