A childhood marked by religious indoctrination – suppression of normal development; ‘knowledge’ revealed rather than discovered; emotional, physical, or sexual abuse; an authoritarianism which dictates rather than protects; the ugly side of patriarchal power – means that an adult decision to leave ‘fundamentalism’ behind can have damaging, even traumatic, consequences: among them, unfamiliarity with the secular world, difficulty experiencing pleasure, lack of self-worth and sense of belonging, sexual problems, and social awkwardness.

All this alongside the predictable feelings of anger, grief, and loneliness…

It’s not one way, either. Family structures and social networks may fracture and fall apart, and gone forever are the ‘comforts’ of certainty and infallibility.

Dr Marlene Winell is a psychologist working in the San Francisco area of the United States. The daughter of missionary parents, she knew what it was to experience – then try to escape – a religiously rigid childhood. She wrote the book ‘Leaving the Fold’ on what she saw as the dangers of religious indoctrination, was inundated with correspondence from damaged ex-fundamentalists, and coined the phrase Religious Trauma Syndrome.

Dr Winell relates her personal journey to Catholic journalist and broadcaster, Mark Dowd. As does Samantha Field, who knows all about ‘the horrors’ of indoctrination and authoritarianism, but who now calls herself ‘a progressive, liberal Christian working for women’s rights in the Church’. 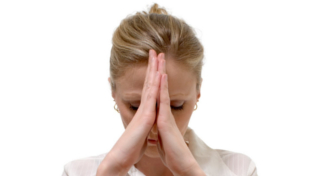