Carl Franklin is dead. But that’s not the end of the story.

Charlie Hammond, played by Broadchurch actor Joe Sims, bitterly regrets running away rather than helping his friend Carl, who was killed by the mob. The second part of Nick Warburton’s drama, which reflects the themes of the Easter story in a modern setting, explores how Charlie responds to his sense of guilt, leading to the dramatic events of Easter Day. 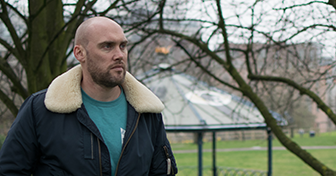