Munisha has been working for many years as a communicator of Buddhism for adults and children. So she was used to explaining the central teachings of the faith, including the ‘4 Noble Truths’. These deal with suffering, and our response to it, which Buddhists say can often make matters worse. It’s like being shot in the eye with an arrow, the Buddha said, and then sticking another arrow into yourself.

But alongside this work, Munisha had been suffering from severe anxiety. When things got too much, she was referred by her GP to NHS-funded Compassion Focused Therapy, only to find that this was directly based on the teachings of her own faith. Happily, the therapy, along with her own regular Buddhist practice, gave her the help she needed and transformed her life. 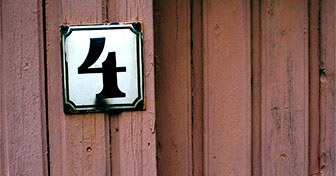 09:46 AM Jul 2nd
Go on, peeps, help us raise our game! You still have time to vote for us in Listeners' Choice category of the… https://t.co/61WXmTDDCw

08:13 AM Jul 1st
Are you a young actor, musician, performer...? Is your work on hold because of #COVID19? And have you nonetheless m… https://t.co/evtvaUTbY4

08:45 AM Jun 30th
Finishing uni this year or in the early years of your career? Jobs or plans gone haywire because of #Covid19UK, but… https://t.co/92J8jJeEV4

10:34 AM Jun 29th
I've voted for Things Unseen - https://t.co/1u6wrwdwG0 in the @britpodawards Listeners' Choice Award. Vote for your… https://t.co/uxVSAjjUdQ