It’s hard to think of an issue which has seen a more profound change in attitudes over the last two or three decades. Nearly thirty years after the introduction of Section 28, the law which forbade the promotion of gay rights in schools, gay marriage is now firmly established in the western world at least.

Yet this subject of human sexuality has been such a bugbear for religious communities  leading to division and heated exchanges. Is onward change inevitable or will traditionalists always be able to point to scriptural texts and argue that some truths are unchanging?

To mark LGBT History Month, Mark Dowd talks with Mobeen Azhar and Ajeet Jugnauth to share Christian, Muslim and Hindu perspectives from inside the gay community. 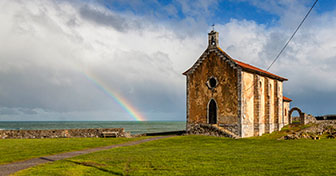