Growing up, Emma Barnett – women’s editor of The Telegraph and occasional presenter of BBC Radio 4’s Woman’s Hour – attended an Orthodox Jewish synagogue, where strict religious laws governed physical interaction between men and women.  She was unaware these rules would guide her own relationships until she became engaged and started marriage preparation lessons.  Through the classes, she learnt about the concept of niddah.

In Jewish law, niddah describes a menstruating woman – and if married, she and her husband have to abstain from physical contact until her period is over and she has purified herself in a ritual bath.

In this edition, Emma explains why the niddah rules made her angry, and how they brought on a conflict between her strong affection for Orthodox Judaism and her personal and professional dedication to women’s empowerment.

The A-Z of Things Unseen features a range of speakers from different faiths (as well as some serious doubters) each tackling a subject of their own choice. 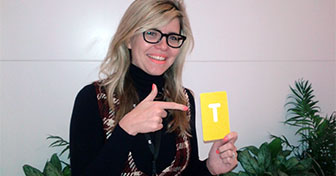