With a career spanning more than ten years, 26-year-old Faith Child (real name Michael Ayo) is already a veteran of the UK urban gospel music scene.  The multiple award-winning artist has headlined at Indigo at the O2, opened for bestselling UK rapper Tinie Tempah and performed with gospel heavyweights such as American singer Kirk Franklin.

Before he had reached stardom, though, Faith Child witnessed his mother suffering domestic abuse.

In this edition of Things Unseen, Faith Child speaks candidly about how he and his family had to flee to a hostel for the homeless to escape his father’s violence.  But even in such dark moments, he says, they found “hope in the Bible pages”.

He also explains how much it has meant to him to inspire fans through his music in their own times of difficulty.

If you have been affected by any of the issues raised in this podcast and would like to talk to someone, you can call Refuge on 0808 2007 247. 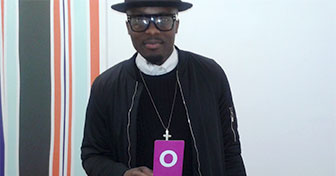