High up in a remote mountain area in Northern Ethiopia lies Lalibela, home to a set of eleven  churches carved out of the volcanic rock in the second half of the 12th century. The rock churches have been a place of pilgrimage ever since, and many stories and legends speak of them.

Alison Hilliard, a regular Things Unseen presenter, used to live in Ethiopia and has often witnessed the enormous fervour and devotion the churches of Lalibela inspire among the Ethiopian Orthodox faithful. In this edition of our A-Z, she describes the atmosphere before dawn, when hundreds of Christians get together by candlelight to drum and chant, in an atmosphere heavy with the scent of beeswax and incense.

She also tells the story of the 12th century King Lalibela, after whom the place is named. Legend has it that he was inspired to create a new holy land after a visit to Jerusalem, and accomplished the feat in a mere 23 years.

The A-Z of Things Unseen invites a speaker from a different faith background each week to reflect on a concept of their choice – making for an eclectic mix of ideas and experiences. Some serious doubters get their say, too. 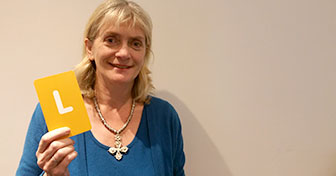 The Last Shall Be First

03:20 PM May 26th
What does #hope mean for you at the time of #COVID? What hopes have been shattered, and how have you handled that?… https://t.co/MmRsmjshgA

09:13 AM May 26th
Brilliant, how interesting. Are these open to the general public? https://t.co/DmNlJPySsw

10:48 AM May 24th
Wishing all our Muslim friends and followers a very happy and blessed Eid. Hope you can join your loved ones to cel… https://t.co/jH2OXDYAyQ

10:45 AM May 24th
Very proud of our very own @Saba_Zaman. Wishing you, your family and all who tune in live tonight a very happy and… https://t.co/Tqw4sFiFN9

02:25 PM May 21st
Is religious faith a help or a hindrance for people struggling with depression? The answer is: it can be both.… https://t.co/usgpHUR4Jw