Africa has been called the most homophobic continent. In the majority of African countries, homosexual activity is illegal; in some, long jail sentences or even death await those who break anti-gay laws.

In this edition of Heart and Soul, produced by the Things Unseen team for the BBC World Service, Charles Adesina goes on a personal exploration to discover how deep homophobia really runs in families and faith communities in Africa – and how much churches and mosques have to do with it.

Himself a gay man with Nigerian roots, Charles hears the story of Jide Macaulay, a Nigerian who struggled with his sexuality since he was a young boy and eventually had to flee the country after receiving death threats for establishing House of Rainbow, a Christian community for people from sexual minorities.

In South Africa, Charles meets a group of courageous grandmothers – Gogos in Zulu – who have taken it upon themselves to learn what it means to be lesbian or gay, and to defend their LGBT grandchildren from family hostility.

He visits Mpho Tutu-van Furth, daughter of Archbishop Desmond Tutu, who famously said that he would never worship a homophobic God. Mpho, herself an Anglican priest, married a woman in 2015. She argues that a God of love cannot be opposed to the kind of loving relationship she shares with her wife, Marceline – whatever the majority of church leaders in Africa say.

Finally, Charles visits Cape Town’s People’s Mosque to hear the story of openly gay Imam Muhsin Hendricks, who works with LGBT Muslims and their parents to show them that a compassionate understanding of Islam embraces people regardless of their sexuality. 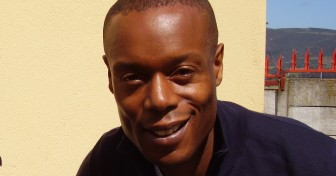