David Cooper was a chaplain to one of the toughest units in the British army during the Falklands War. 35 years on, he tries to make sense of the suffering each of the warring sides – Britain and Argentina – inflicted on the other, and how it relates to the love of God.

In this programme, Cooper meets an Argentine soldier – Horacio Benitez, who was a young conscript in 1982. Horacio remembers with horror how he machine-gunned advancing British soldiers: “You ask yourself how many fathers you have killed. And you ask yourself why.” That question remained with Benitez, then a man of profound Catholic faith, for the rest of his life He has now made it his mission to seek reconciliation in Britain. Yet his struggle with his conscience remains. “I tried to find justification for what I did, that I did it for my country. But deep inside I know it was evil.”

Meeting for the first time for this edition of Heart and Soul from the BBC World Service, these former enemies, Cooper and Benitez, try to make sense of their war experience together and discuss the questions it poses for their faith. Can there ever be a higher purpose in war – and what is needed now for peace? The producer/reporter is Kati Whitaker.

You can hear the programme on the BBC World Service website. 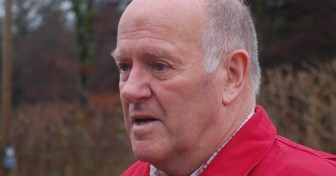