Things Unseen’s Paul Arnold on digits and the divine.

Think of a number.

Which did you choose? Five? Twelve? One thousand nine hundred and sixty four? Whichever you chose, it’s quite likely to have a spiritual significance for someone. From the five pillars of Islam to the twelve tribes of Israel, numbers are woven into our holy books and shared religious understanding. But other numbers have a more personal significance. For the author and broadcaster Trevor Barnes, 1964 reminds him of the year he saw Pasolini’s The Gospel According to St. Matthew for the first time. It made a huge impression on him.

So after our A-Z of Things Unseen, we thought it would be interesting to explore the unseen world through numbers. Rather than stick to a strict numerical sequence, each time we’ll give our virtual lottery machine a spin and see which ball emerges. And if you’ve a number you’d like us to have a look at, just get in touch via Twitter, Facebook or email. 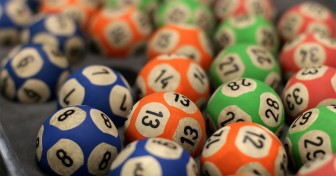